Economic Facts To Prepare For The Elections

With the mid-term elections approaching and political stakes higher, the level of misinformation is likely to rise.


To inoculate yourself against the viral assault of lies repeated on TV news constantly, here are the economic facts to prepare for the mid-terms. 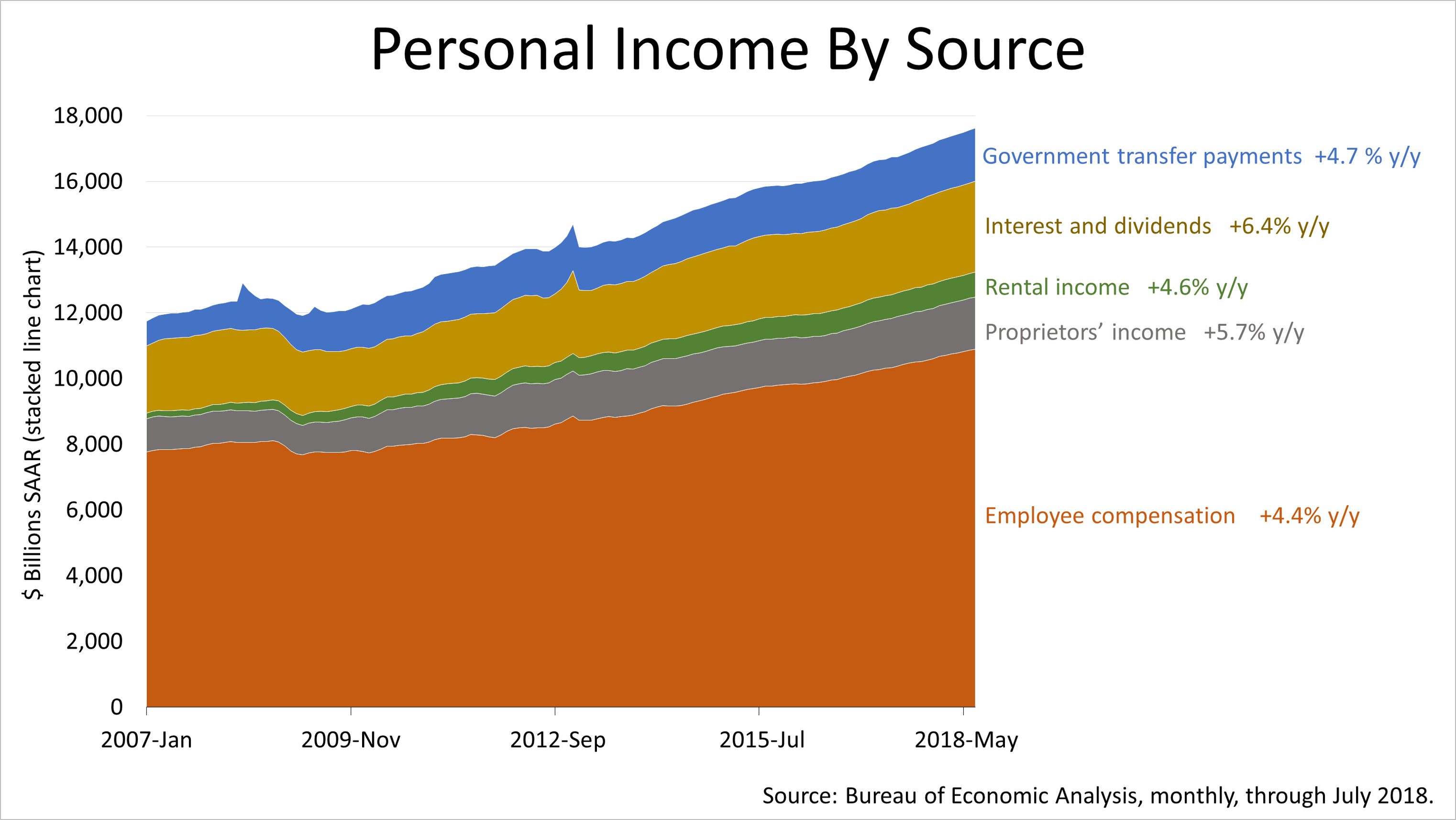 
Wages and benefits of employees grew 4.4% nominally, which is the most important number because it funds consumer spending.


Notably, too, the interest and dividends component of consumer income shot higher by 6.4% in the 12 months ended July 2018 — good news to retirees. 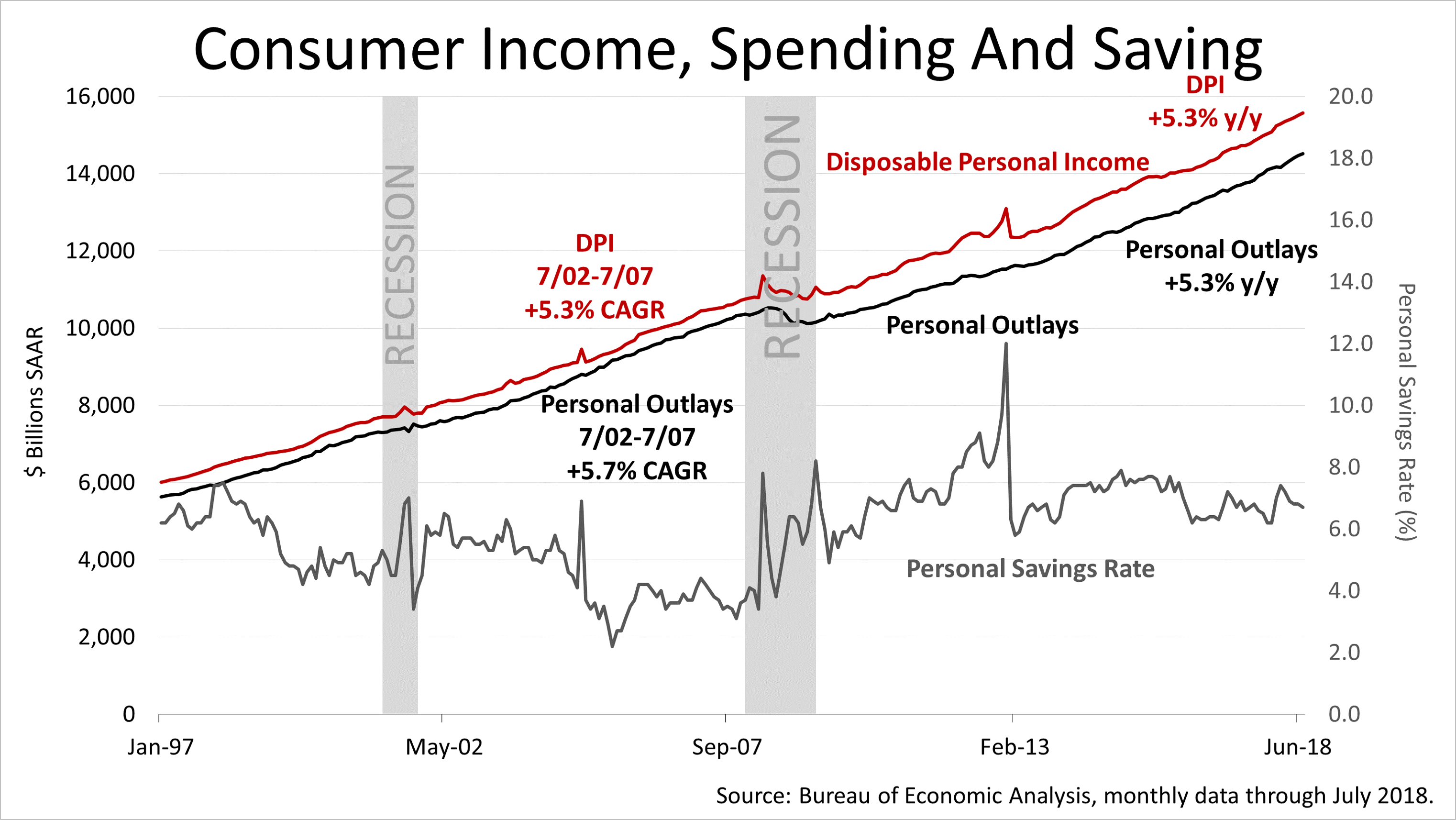 Disposable personal income, before inflation, grew 5.3% in the 12 months ended July 2018. That equals the rate of growth in personal disposable income in the last economic expansion.


The rate of personal savings, at 6.7%, has steadfastly remained at a higher level than in the last economic expansion from 2002 through 2007.


With the mid-term elections nearing, you are likely to hear on TV news programs that Americans are suffering from slow growth in wages and personal income, but these are the facts.


The widespread misinformation generally comes from politicians and pundits across the political spectrum. 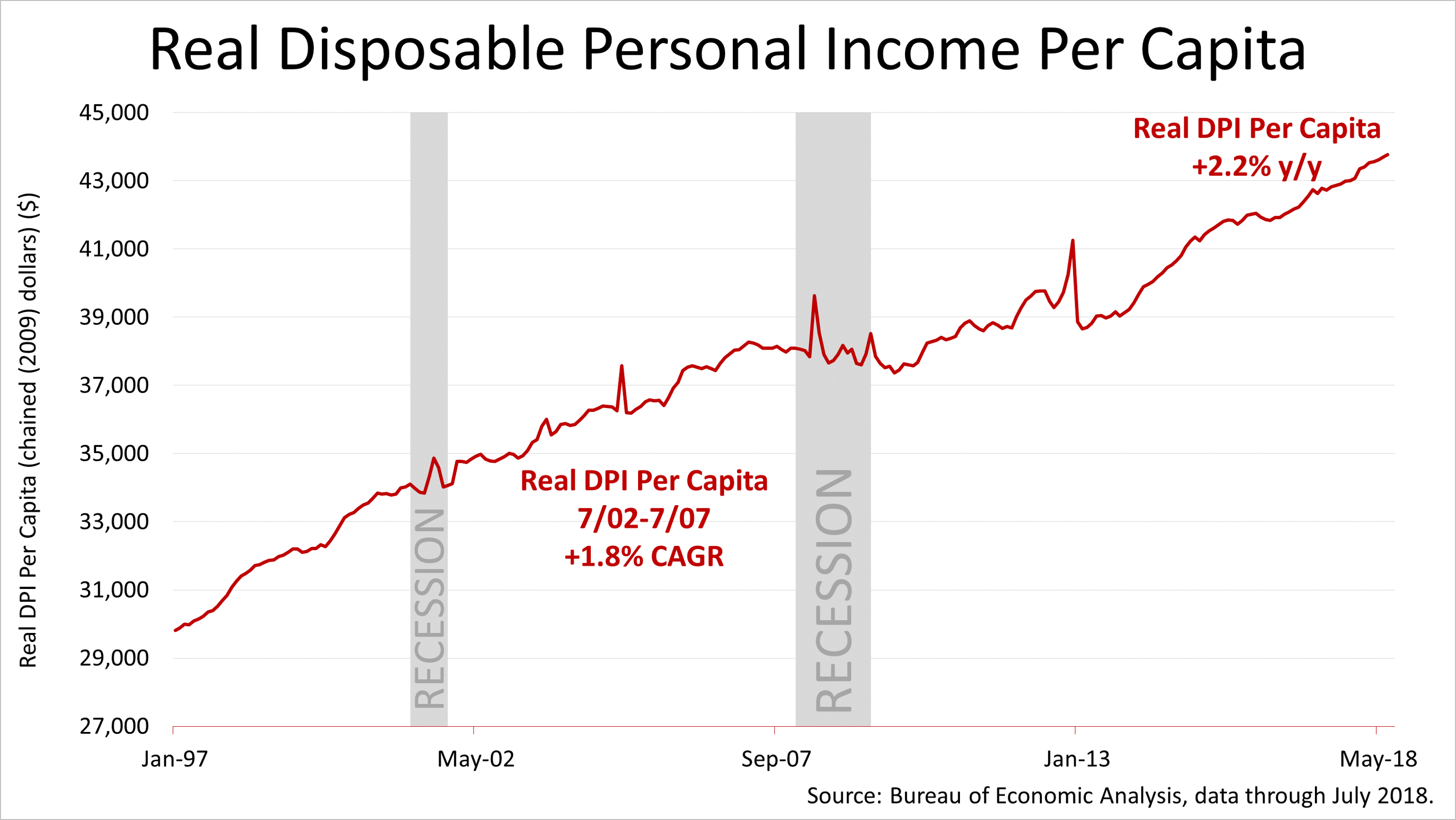 Real disposable personal income per capita grew by 2.2%, compared to the 1.8% five-year annualized growth in the peak of the last economic expansion. 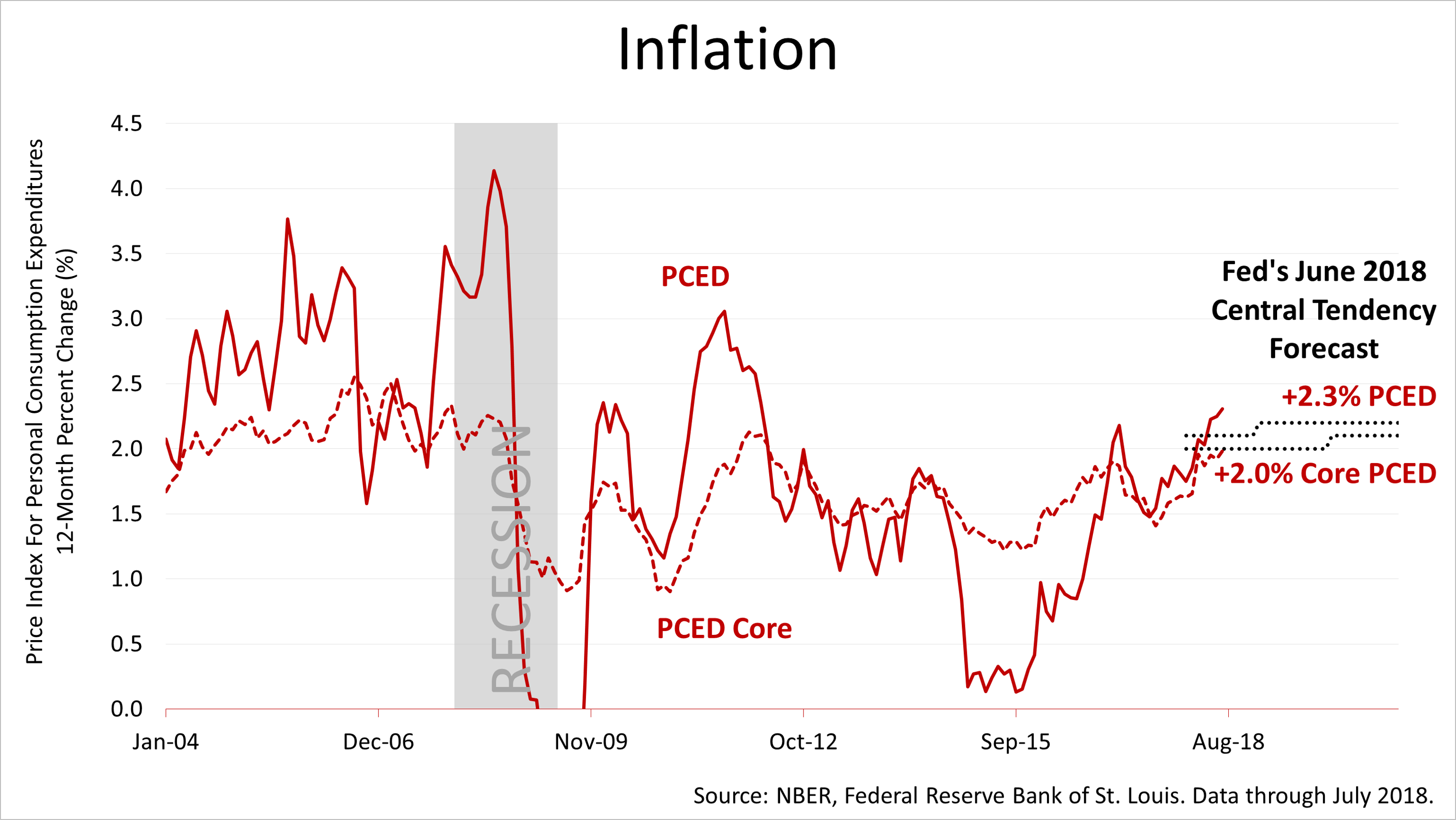 The Fed chair, according to the minutes of the Federal Open Market Committee meeting, released last week, expects inflation to hover around 2%. It may go above 2% for a time and that is expected. But it may also go slightly below 2%. Meanwhile, at 2.3%, the PCED deflator is above the Fed's target of 2%, but the Core PCED, at 2%, is right on target — and that is the key figure. The core PCED is a basket of fixed monthly expenses that excludes gasoline and other volatile expenses. It's all about long-term expectations, which is how you want the Fed to think if you're an American investor. 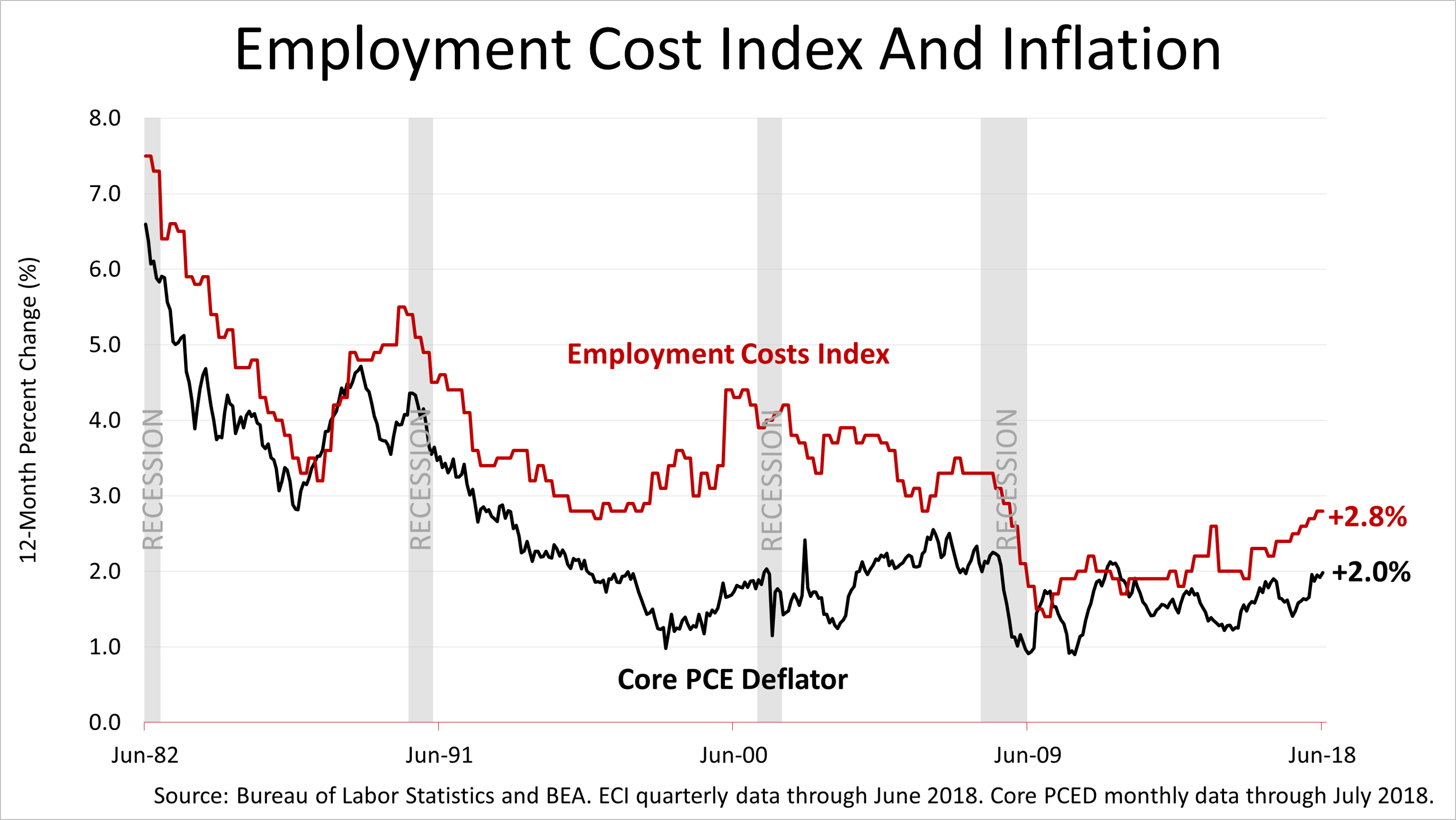 If you were an economist, this picture would make you smile. The cost of an employee in the U.S. rose 2.8%, but core PCED grew only 2%. That means employees are getting wage increases because the cost of an employee rose, but the core inflation rate did not reflect the rise! That's a free lunch! 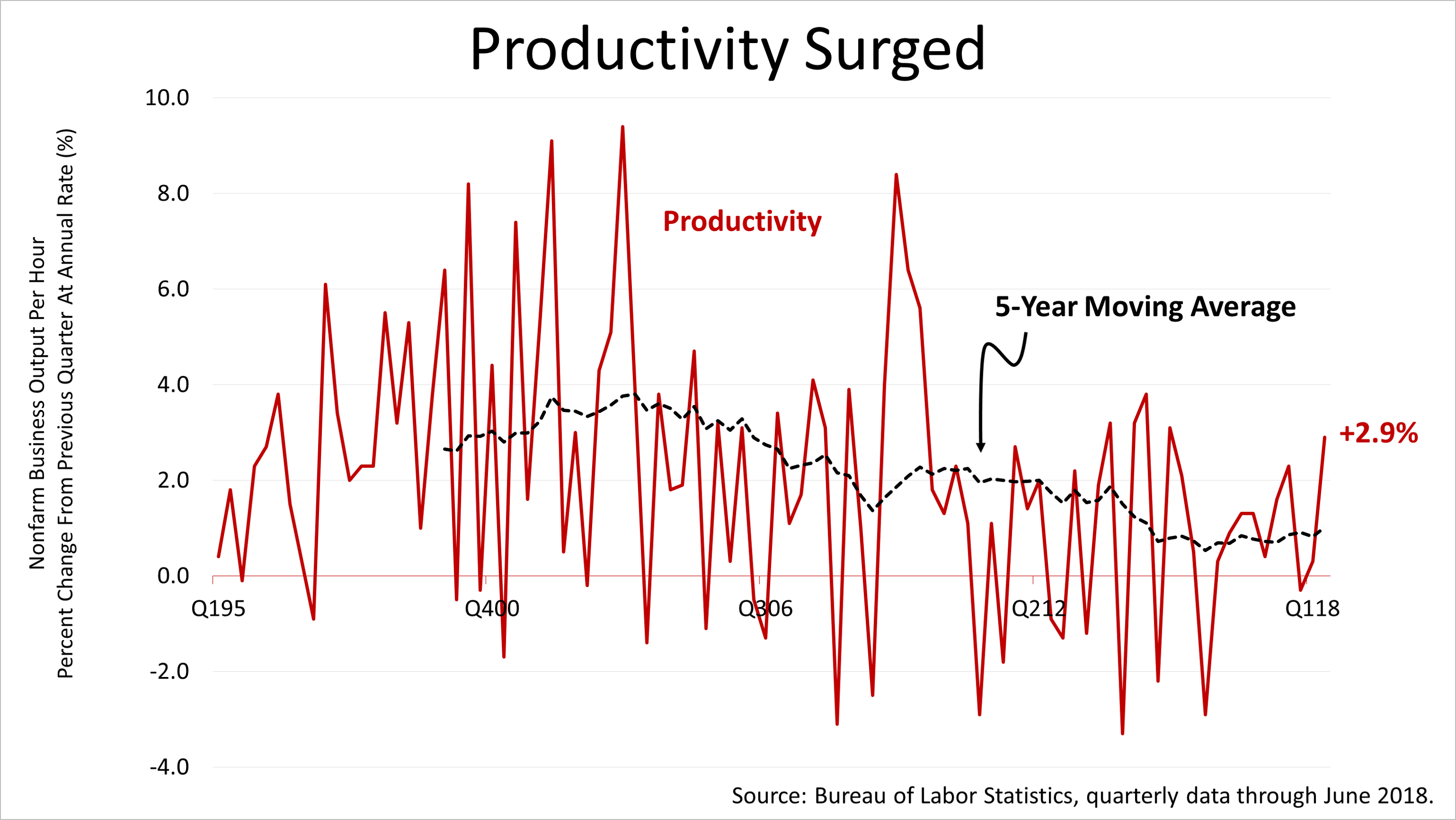 Productivity surged in the second quarter of 2018, which explains why inflation did not rise as fast as wages and benefits, and that's about the best thing you could hope for: increased productivity.

Unit labor costs declined! The cost of an employee went down!


Rising wages and benefits were offset by a 2.9% surge in productivity!


Productivity is a key to prosperity for the American economy. 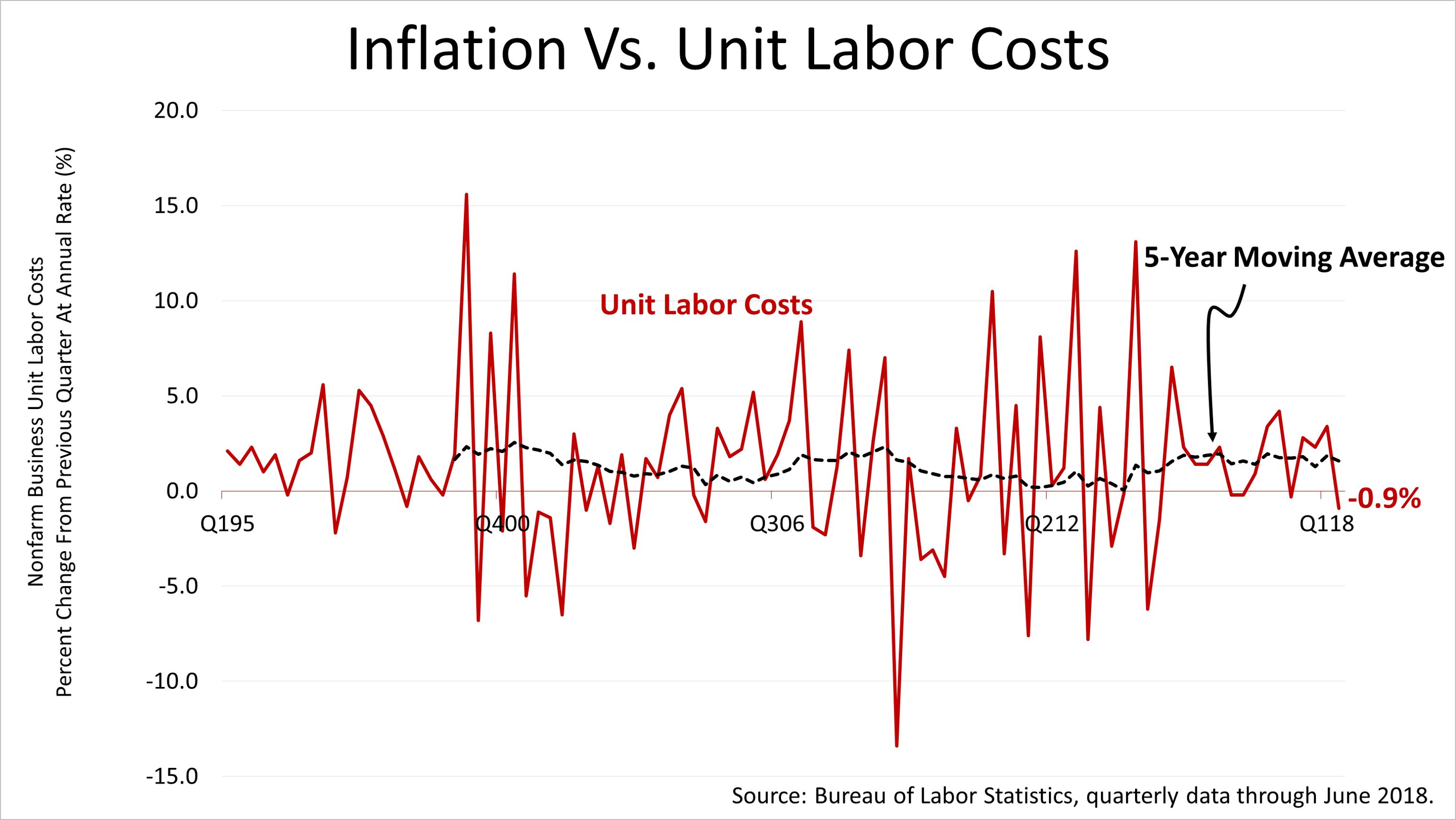 Labor costs, by far the biggest driver of inflation, declined in the second quarter by almost 1%.


This was a reflection of the surge in second-quarter productivity. 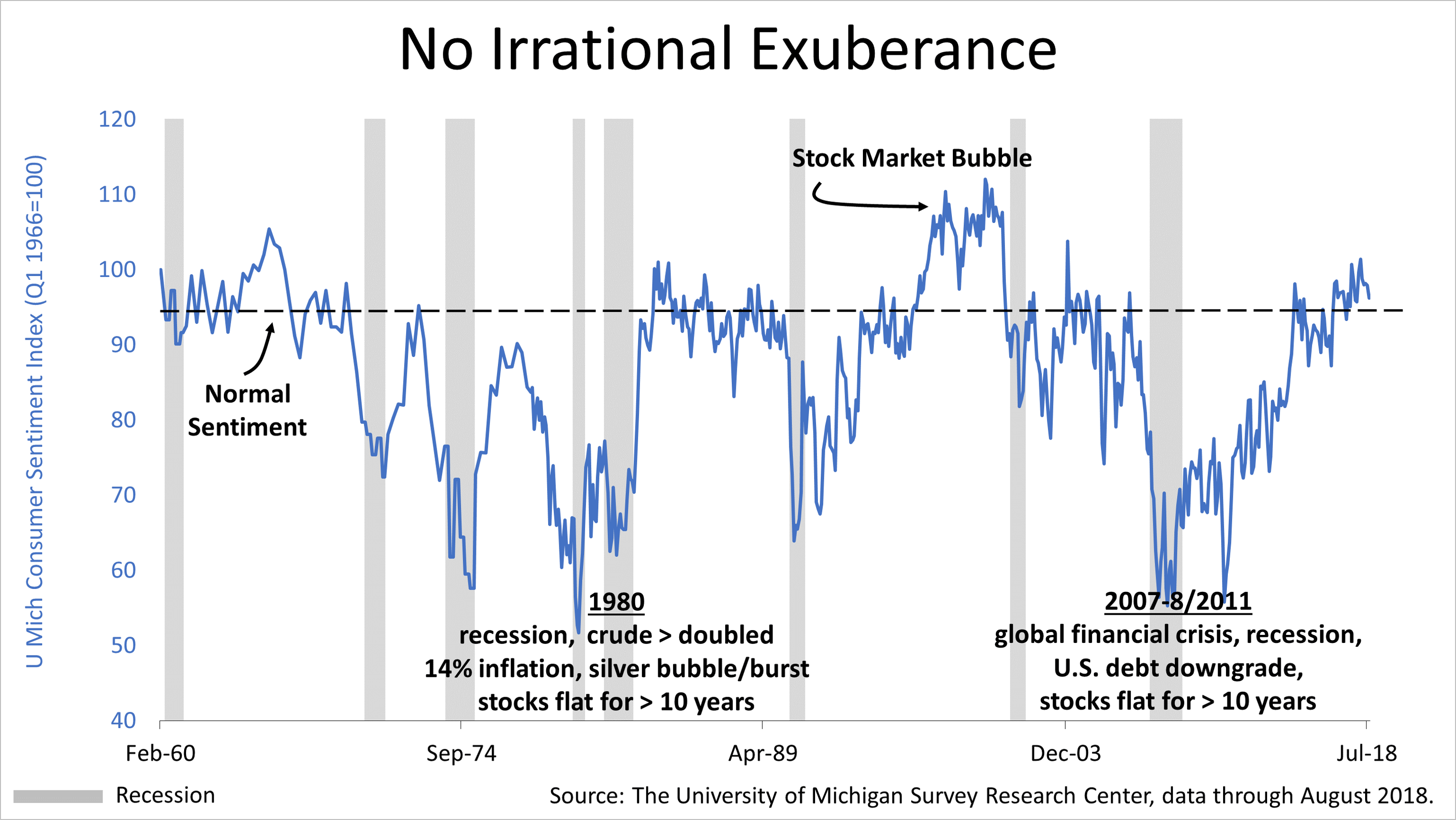 The University of Michigan's monthly survey of confidence dropped from 97.9 in July to 96.2 in August. No irrational exuberance here. Consumers are not about to go on a debt binge, stop saving, or make speculative investments. 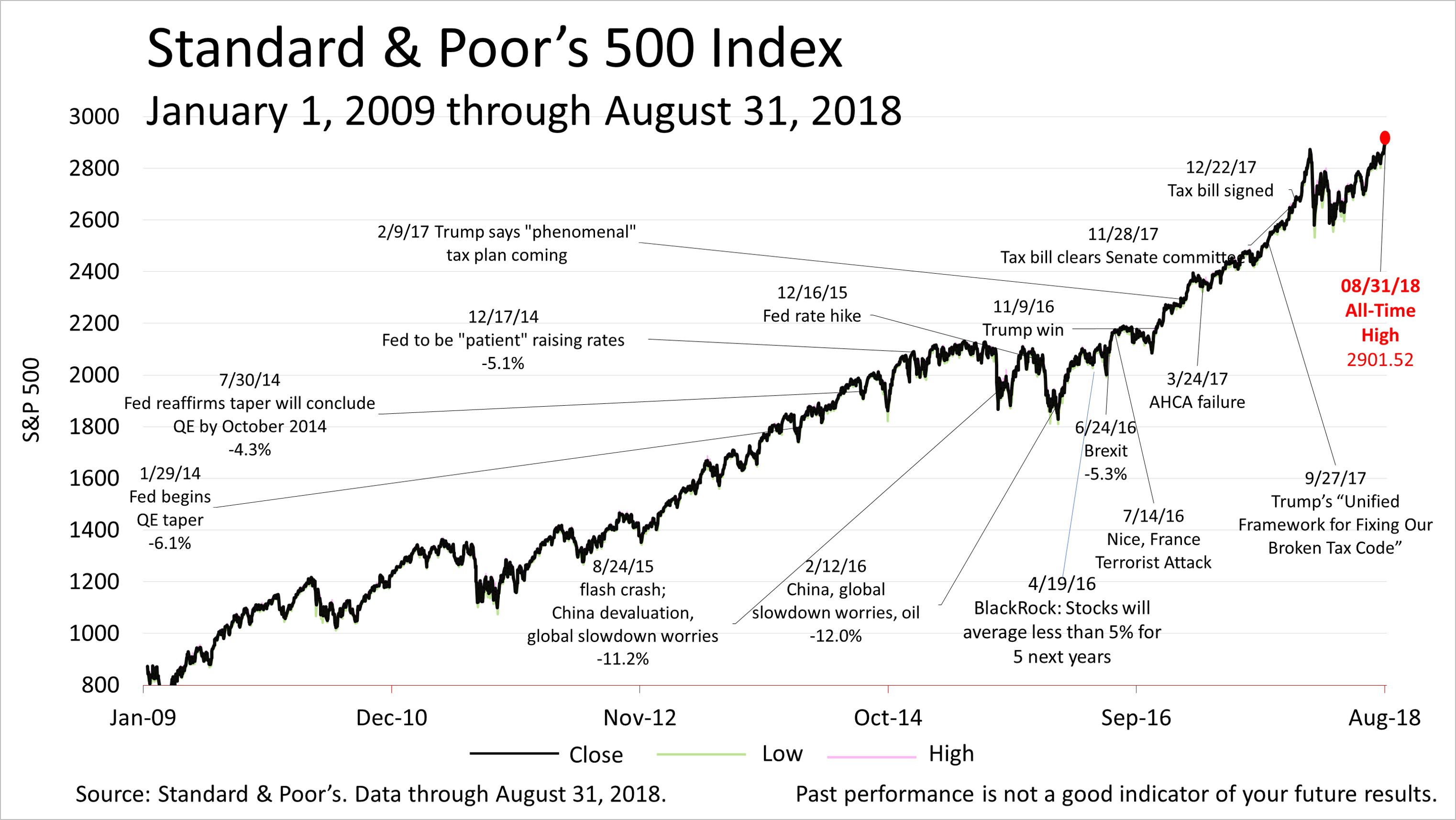 Despite a looming trade war with China, U.S. political polarization, and a Presidential political crisis, the economy is great, according to shareholders in America's largest publicly-owned companies.

As the 111-month old expansion closes in on the post-War record for longevity, investors can expect the coming elections to stir up the false narrative of stagnant wages and slow income growth. Don't believe it.