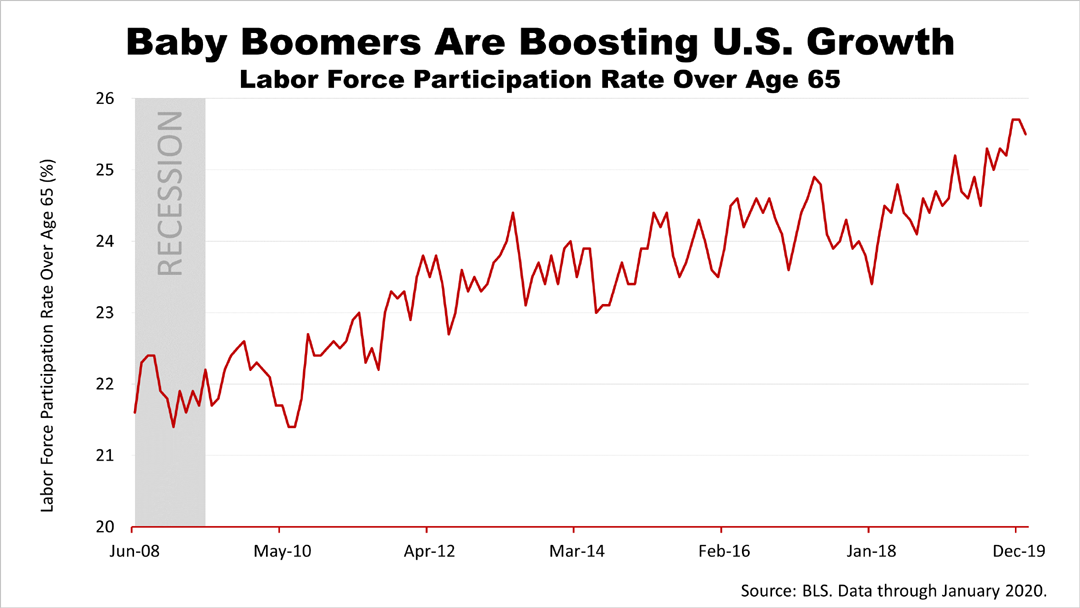 Friday's news that 225,000 new jobs were created in January confirmed that the economy and stock market are unexpectedly benefiting from the retirement revolution. Yet that's not in today's headlines and likely won't be tomorrow. Here's an analysis of data released this past week that focuses on what's important to your financial well-being.

Demographers and economists never figured on so many people choosing to continue to work past age 65. It's a significant economic surprise. The fact that many more people over 65 are staying in the labor force beyond what was expected is the proximate cause of the unexpected goods jobs numbers and recent stock market highs.

Given Friday's data, it may seem pretty obvious that the retirement revolution is boosting the economy. Yet it isn't making financial news headlines. 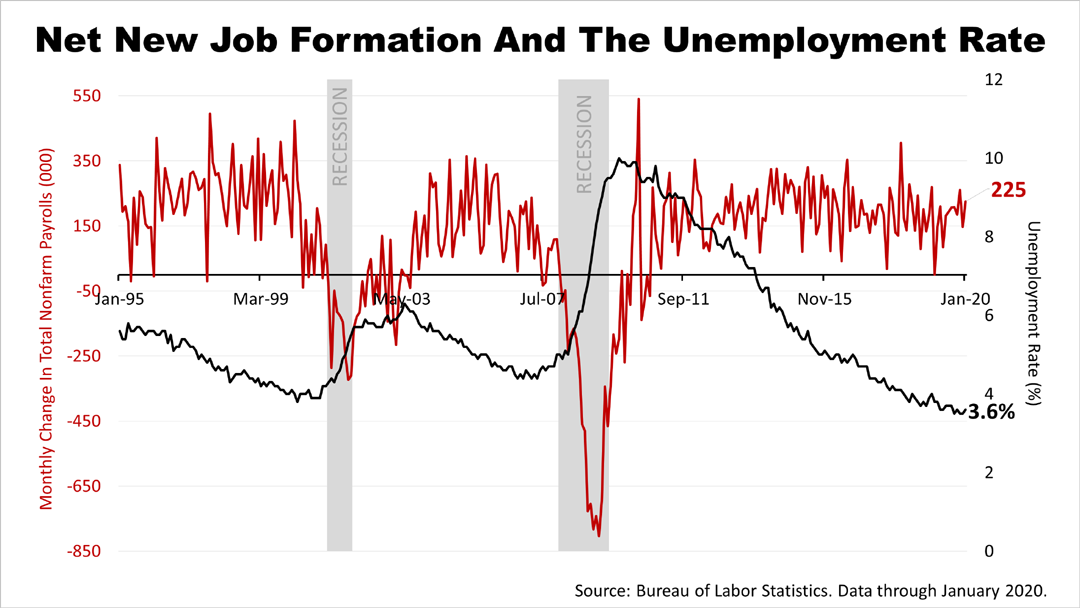 Actually, the better-than-expected job formation in January is only the latest in a long string of similar monthly reports over the past three years. The economy has been running near a historic low in the rate of unemployment for over three years.

In a classic American expansion cycle, eventually there are not enough people to fill all the jobs, which drives wages higher. That triggers inflation and the central bank misjudges the dynamics and makes an interest-rate policy mistake that throws the U.S. into economic decline. 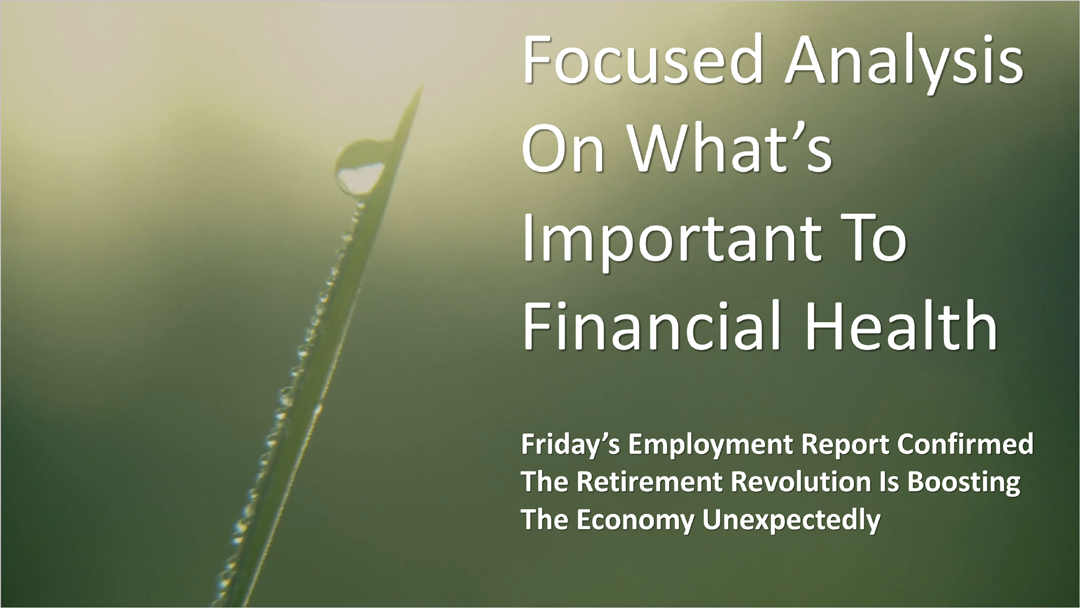 While the benefit of the retirement revolution may make total sense from the data shown here, the financial press narrative last week focused on mild winter allowing construction to boom, and other activities boosting January's surprising job growth.

Today's financial news is actually a great example of why professional financial advice is so important to wealth accumulation: Even though publicly available data shows the proximate cause of the record jobs and stock reports to be the baby boomers working longer, so much was going on in the world that no press reports or talking heads on TV focused on what's truly important to managing your wealth. 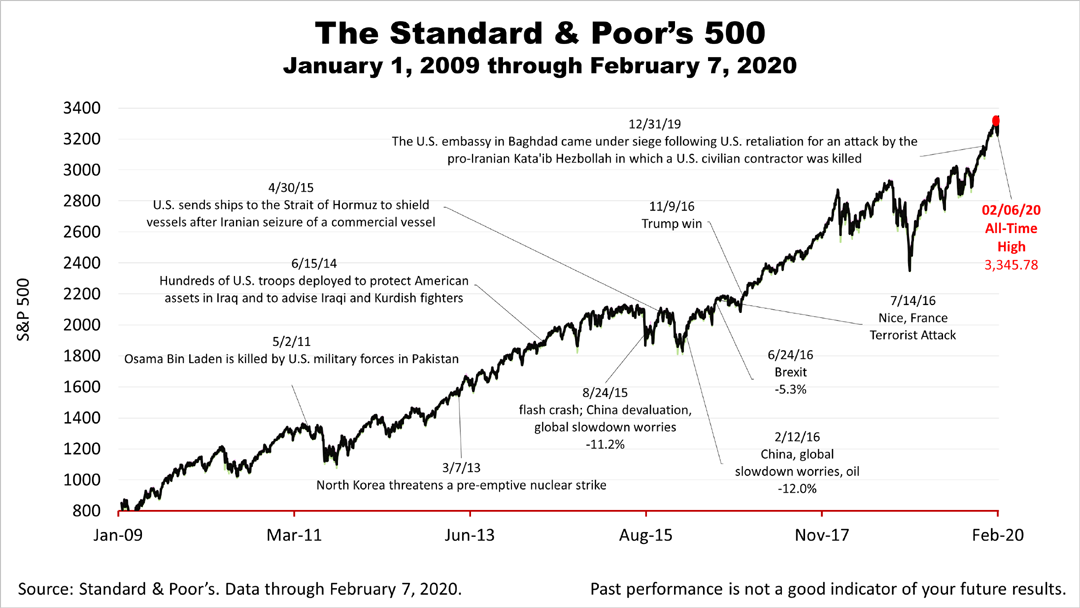