6 Ways To Improve Your Credibility In Business

“The truth is the truth is the truth,” says Doug Carter. “And yet there are times when the believability of the truth is determined by factors other than the content of the message.” In other words, simply telling the truth may not be sufficient if a listener doesn’t trust you or knows from experience that you’re not always reliable. Carter is the founder and owner of Carter International Training Company, a firm specializing in business training and development. He believes that for executives and business owners, establishing and maintaining credibility is crucial for success, and he has zeroed in on six ways to convince people that you’ll always be as good as your word.


1. Tell the truth. The fastest way to be believed is to be trustworthy, and that means telling the truth, the whole truth, and nothing but the truth. Carter suggests agreeing only to things you know you’re absolutely going to do. For instance, if you realize you’ll be late to an appointment, say so, rather than making up an excuse after the fact. Act as if your word means exactly what you say. 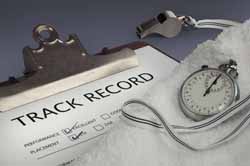 2. Avoid overstatement; use understatement. Carter sees no virtue in embellishing the facts. “You only have to exaggerate once before people begin questioning the accuracy of your statements,” he says. “Even if you’re saying something half in jest you may create doubt with a statement such as, ‘I’ve told you a million times.’ Everyone knows it hasn’t been a million times and likely understands you’re just trying to make your point. But the fact of the matter is, you lied!’” People may ask themselves what else you might exaggerate about that wouldn’t be as noticeable, and they could end up wondering when they can actually believe what you say.

On the other hand, understatement—saying that something is less than it really is—can create a foundation for credibility. To generate an understatement, first say what your product, service, or idea won’t do. Then state what it will do.


3. Be specific. Specificity can make the truth more believable. For example, “61.93%” may carry more weight than “about 60%,” and “there are seven steps to take” is better than “there are several things we can do.” If you know the exact number right down to the second decimal place, you’ll likely be looked upon as a credible source of information.

4. Present evidence. This can come in many forms, and it’s important to remember that different people may value some types of evidence more than they do others. Among the possibilities are:

5. Be concise. Carter’s research and personal experience suggest that the person who feels least in control or authority will use the most “filler words”—words and phrases such as “and,” “so,” “but,” “you know,” and “ah.” He cites the example of a physician who isn’t likely to use filler words when giving a diagnosis but who might hem and haw if pulled over for speeding. Carter says that people who are not certain tend to explain and then re-explain their opinions and answers, and that can sow doubts in the minds of listeners. It’s better to say what you need to say as clearly and concisely as you can. 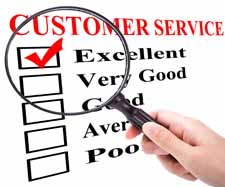 6. Pace existence. This is the process of describing things in such a way that others will clearly understand that you understand them. You can “pace existence” by mentally putting yourself in the other person’s place and answering the question, “What would I be thinking and feeling if I were in this situation?” Begin by simply observing your audience. Are your listeners excited or do they look bored? Are they nodding and involved in your presentation or are they uninvolved? If you were sitting the way they’re sitting, observing what they’re observing, and doing what they’re doing, how would you be feeling?

Doug Carter uses these six instructions to help his clients make the truth more believable. Adopting these ideas may not always make everyone trust you, but using these effectively could indeed help you become more credible.